Having the physical and mental strength to run 26.2 miles may be difficult to picture, especially 40 years from now. If you are new to running, you may find it to be grueling. Perhaps you don’t yet have the capacity to run or you have joint pain or weight problems that further complicate things.

In October of 2011, Fauja Singh became the oldest man to complete a full marathon in Toronto, Canada with a time of 8 hours and 25 minutes.

Singh grew up in a small farming village called Beas Pind in Northwestern India. Fauja spent most of his life as a farmer. His passion for running came much, much later in his life. After the losses of both his wife and his eldest son, Fauja found himself withdrawing from his community. Fauja’s other children encouraged him to move to a new environment to remove himself from the memories of his past.

Upon moving to London, he met a group of Punjabi expats at Sikh community gatherings and he began to run with them. From that point forward, he spent everyday training and preparing for what would be the first of many marathons to come. At the age of 89, he ran his first marathon in 6 hours and 54 minutes.  Then in 2001, he entered the London marathon with a major record at stake.  In order to be the fastest marathoner over the age of 90 he had to beat a time of 7:52, which he did by 57 minutes.

Fauja’s marathoning career has recently come to an end with his last race being a 10k in Hong Kong at the age of 101 (5 weeks shy of his 102nd birthday). During his career he set many records, including:

We do not expect you to begin training for a marathon. However, you should know that it is never too late to start. We hope you find this story inspiring. Sometimes we need a little fuel for our motivation. You may find your body changing with increased age, but remaining physically active can help you live longer, happier, and healthier. 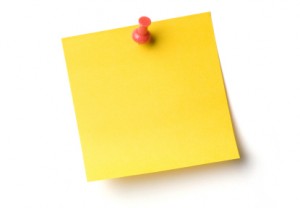 Study participants: Remember to complete the SMARTER Goal-Setting unit of your Exercise Course

Goal-setting is one of the MOST important components of any new exercise program. If you don’t have a clear idea of what you plan to focus on, you may quickly become frustrated by your exercise efforts. It is also important not to fool yourself. Try not to overshoot. Set some small, realistic, and manageable goals, while also keeping your big picture, long-term exercise objectives in mind. If you have been inactive for more than 3 months, it is probably a good idea to focus on developing a regular exercise routine first. If you find a way to incorporate more physical activity into your daily life, you will notice all kinds of changes which likely include better physical conditioning and may include loss of excess bodyfat.

Rather than focusing on weight loss, we suggest that you aim to improve your overall health & well-being. If you wonder what that might “look like” you can measure changes in well-being by how energetic you feel, reduction in pain or stiffness, improvements in sleep quality, or even how often you get sick. If you find yourself having difficulty setting an exercise-related goal, try this:

Envision yourself 6 months from today. What kinds of changes did you notice?

Now, if you pictured yourself 30 lbs lighter or stronger and “more toned”, then you know you have your work cut out for you. For example, you cannot skip out on your aerobic or resistance training–you need to be consistent doing both types of exercise 3-4 times per week to accomplish these goals. You may also want to set goals related to the total duration of each exercise session or the maximum resistance you are able to push and pull. In contrast, if you saw yourself completing a 10k or half-marathon, you may want to focus more on incrementally increasing the distance of your weekly walks or runs.

Hopefully you can now fill in the blank sticky above. Once you have your goals written down, try posting them strategically at home or work. These notes will serve as daily reminders of what you have set out to do. Lastly, remember that we rarely accomplish goals entirely on our own. Get your friends and family involved. Tell them about your exercise program and what you are working on. This is just another way to increase the likelihood of reaching your self-set exercise goals.